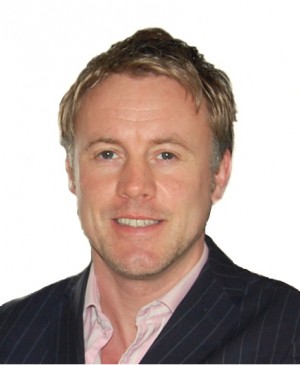 Independent candidate Erik Eblana, has called for a complete overhaul of the system of payments to councillors. Mr Eblana, from the Pembroke-Rathmines ward, also stated that any review must be done by an independent body, not including councillors or the council itself.

Appearances and transparency are critical when it comes to spending public money and getting best value for all expenditure incurred including over 400,000 on expenses alone for the 52 councillors on Dublin City Council,  Mr Eblana said.

In my view, as an outsider to the current political consensus, I would abolish the attendance payments to councillors for example. This is a tax free payment of 8406 paid for attending city council meetings in addition to the 17,604 salary and other expenses.

This is just wrong. As a councillor you are supposed to attend meetings. Its your job! And if you cant attend them or need a lure to get you there well then Id question why you would go for the job of councillor in the first place.


People commute every day into work and they dont get their LUAS or bus fares paid for by their employer. So why should councillors?

It is a privilege and honour to represent your community and the city. A sensible approach would be to have a flat salary for councillors, equitable to similar roles in the public and private sector

Mr. Eblana went to say that sanctions could be invoked if councillors did not attend to their duties or meetings.

Lets look to the real world again - most people who work in Dublin get paid at the end of the month for attending work. If you dont go to work you dont get paid. I dont see why councillors should be treated any differently than every other worker in this city. The system must be fair, open, transparent and real.

In 2008 a total of 400,000 was spent by the 52 councillors on subsistence and travel expenses. This is in addition to salary and meeting attendance allowances. The highest claims made for 2008 on Dublin City Council include Cllr Councillor Liam Kelly (FF) who claimed 10,480 in travel, subsistence and telephone expenses , Cllr Mary Freehill (Lab) 8,391 and Cllr Dermot Lacey (Lab) 3,186.

'In correspondence Councillor Dermot Lacey told me that he considered the amount he received 'derisory'. This is I believe objectionable. 3000 is a lot of taxpayers money and needs to be fully accounted for and seen to be so.

'I'm an unemployed man who is applying to the people of Dublin for the job of councillor and I know that 3000 is a lot of money. Also, as volunteer Assistant Director of the Rathmines Festival, we have incurred a deficit in this years festival and the city councils sponsorship is being reduced in 2010. That 3000 would go a long, long way in ensuring we can put on a festival next year.

If a councillor attends conferences or seminars and then rightly claims expenses there should be a mechanism to show how such an expense has benefitted the city. Is attending a conference in San Jose, really going to help in the management of Dublin city? Are there not programmes and initiatives in the city itself where the money would be better spent.

Furthermore, a breakdown of these totals is not published on any of the candidates websites or on the DCC website, so the system is quit untransparent in my view. It can only help councillors if they were more open about this. Publishing how they have personally spent every cent from the public purse will go a long way in shoring up confidence in the political establishment.

As politicians they have a duty to restore confidence. Therefore I am calling on all councillors to publish their expenses and prove they really do believe in open government. After all, it is taxpayers money we are talking about and all expenditure should be open for scrutiny. Are they defenders of the status quo or champions for genuine change?

They key question here is has value for money been achieved? What are the benefits to the community and the city as a whole from councillors attending these junkets. There should be some sort of mechanism to measure how useful they are before the money is spent. This is a common sense and fair way in allocating taxpayers money.

Erik Eblanas piece certainly makes depressing reading for those of us who -perhaps naively  still believe in the ethic of selfless public service. Voters it must be said are growing increasingly sceptical about the possibility of the ballot box returning councillors committed to the provision of public services with honesty and effectiveness .

Unfortunately the average voter will see members of Dublin City Council  the men and women who are supposed to be committed to the provision of public services for the capital city too often attempting to gouge as much as possible from public funds for their own personal gain. Some will say that , with the democratic process now reduced to this race to put snouts in the trough first , the time has perhaps come for us to look to other methods for deciding how limited funds  funds which come lets remember from the taxpayers pockets - are allocated . And as Erics website points out , perhaps  we need to be really thinking about keeping money in our own country and creating our own jobs.

One consequence of the public's anger with politicians greed , is that next week's European elections are going to be about much more than simply who will sit in the European parliament. Understandably, many people will want simply to register their dissatisfaction with the present administration at Leinster House , Dublin City Council and with the whole political establishment: Thursday's vote is at present the only opportunity they have to do so .

What about Friday's vote?

Fully support the above. Also worth mentioning is intimidation of local election candidates. I have had 45 posters removed here in Bray-democracy? Not so sure!! 085-765 9347

Yes, indeed there has been a leeching of control away from the individual and the community into the hands of political and bureaucratic elites . Thats the problem which needs to be addressed urgently , because so often the result is a collapse in individual and personal responsibilities - the responsibility deficit which Eric correctly identifies , which is really another name for the so-called dependency culture .
Looking through the expenses list that Eric provided , I am not surprised to see very few councillors who see public service as a duty in itself . Dr Bill Tormey seems to be something of an exception in not claiming for telephone expenses , for instance . Surely in these times of economic downturn what is required is a reduction in the numbers of councillors. Why should the tax-paying public be forced to fund such a body while lacking the means for its proper oversight and accountability ?

As Erik puts it :

But such a mechanism as Erik suggests should , in my view , not be confined to the expense claim culture . Id like to see the sort of mechanism put in place whereby councils would be required to publish details of any spending over a certain limit -say 25,000 euros- and to get approval for any excessive spending increases through a city-wide referendum . Now that would be genuine democracy , pushing power down to the people and away from the long-entrenched vested interests that have in Ireland facilitated a growing culture of rule-following, box-ticking and central prescription which robs people of the chance to use their own judgments .

Erik Eblana will certainly have his work cut out for him if he is going to clean up Dublin City Council. I see on his website though that he does good work as a volunteer with the Friends of the Grand Canal - a group which dredges the canal on a monthly basis in a Herculean or perhaps Sysphean battle for its watery soul .

It is impossible for us to get to the centre of the canal where a massive amount of debris ranging from cans, bottles, shopping trolleys and worse, pollute the water.

Hopefully the experience will come in handy for Erik after the election!

On the other hand to Mr Eric's thesis

. . . if Councillors aren't paid adequately for the work they do, then we return to the old ways where only the rich can afford to sit at the Council. Paying local representatives adequately means that, theoretically, people on low or no incomes can serve their communities without it being a drain on their meagre resources.

Without payment for local representatives, we'll have Councils full of business leaders and those blessed with an inheritance of old money and civic drive. The working poor and the welfare dependant would be disenfranchised.

As it stands, the Sinn Fein rep in East Cork, Martin Hallinan, from a working class background, is on the record as saying that he can make a modest living from working full time as a County Councillor. And he does work full time, for people all across the community.

Pay them properly, says I. Open up access to the Council to all. Let there be more full time reps active across the full spectrum of community interests. If the payment is not enough to pay the bills, then people only do it part time. If they only do it part time, they only engage with their own support base. Publicans represent publicans, chamber of commerce reps only enage with other Chamber heads. But if they're resourced to go at it full time, they have time to meet with the childcare action group, the disability awareness group, the transition towns group, the youth cafe crew and the arts festival posse. These are the grass roots of Irish social and political life, where State policy and resources meets real lives at a local level.

Down my way, local authority reps from all parties and none do trojan work in Tidy Towns groups, Youthreach projects, SPCs, local tourism initiatives, heritage projects, festivals, hospital support groups, and other vital community services. They frequently divert funds to support those activities, as well as fulfilling their limited statutory obligations.

That's fine with me, and anyone who seriously wants to participate in politics in Ireland has to engage with the reality of grass roots activity rather than preach and posture on the pampered perches of theoretical positions.

http://www.indymedia.ie/article/92504
Indymedia Ireland is a media collective. We are independent volunteer citizen journalists producing and distributing the authentic voices of the people. Indymedia Ireland is an open news project where anyone can post their own news, comment, videos or photos about Ireland or related matters.